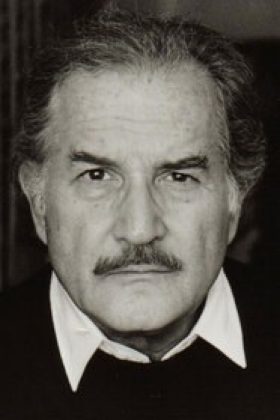 Carlos Fuentes, born 1928, was one of the most influential and celebrated voices in Latin American literature. He was the author of 24 novels, including Aura, The Death of Artemio Cruz, The Old Gringo and Terra Nostra, and also wrote numerous plays, short stories, and essays.

Fuentes was born in Panama City, the son of Mexican parents, and moved to Mexico as a teenager. He served as an ambassador to England and France, and taught at universities including Harvard, Princeton, Brown and Columbia. He died in Mexico City in 2012.