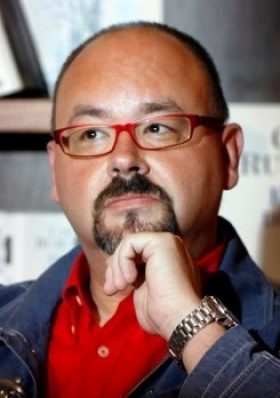 Carlos Ruiz Zafón is a Spanish novelist. Born in Barcelona in 1964, he has lived in Los Angeles, United States, since 1994, and works as a scriptwriter aside from writing novels.

In 2001 he published the novel La sombra del viento (The Shadow of the Wind), his first 'adult' novel, which has sold millions of copies worldwide. Since its publication, La sombra del viento has garnered critical acclaim around the world and has won numerous international awards. Ruiz Zafón's works have been published in more than 40 countries and have been translated into more than 30 languages.