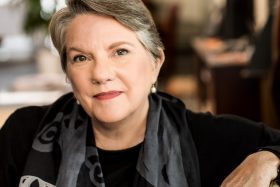 During Carol's teenage years, she wrote poetry and was awarded the Young Poet of Long Island award. After majoring in Latin at Vassar College, she fell in love with language and the Hudson Valley, two themes that would reappear in her first published novel, the bestselling and critically acclaimed novel, The Lake of Dead Languages (Ballantine, 2001).

In the next decade, Carol wrote five more literary mysteries, was nominated for the IMPAC award twice and the Simon & Schuster/Mary Higgins Clark Award, and won the Hammett Prize for Literary Excellence in Crime Writing for her second novel, The Seduction of Water.

In the years after, Carol departed from mystery fiction by writing fantasy and young adult fiction but stayed close to her creative home geographically. With her husband, poet Lee Slonimsky, Carol wrote an urban fantasy trilogy set in New York City. Under the pseudonym Juliet Dark, Carol wrote The Demon Lover (Ballantine 2011) and her young adult novel, Blythewood (Viking Children’s 2013), was named a best young adult novel by the American Library Association.

When Carol finally moved to the Hudson Valley in 2010, she was inspired by the Hudson River mansions and the scenic and perilous River Road, to return to suspense fiction with River Road (Touchstone, 2016).

Her two latest books, The Metropolitans, a middle-grade historical novel, and the ghostly suspense The Widow's House, are set in New York City and the Hudson Valley respectively.