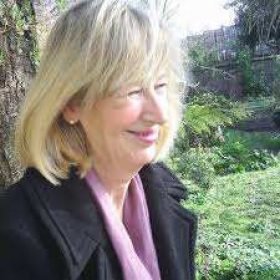 Cassandra Clark gained an M.A. from the University of East Anglia and taught for the Open University on the Humanities Foundation course in subjects as diverse as history, philosophy, music and religion.

Since then, she has written many plays and contemporary romances as well as the libretti for several chamber operas. She is now writing the Abbess of Meaux series of historical mystery novels set in fourteenth century Europe. The first in the Abbess of Meaux series was published in 2008. Followed by The Red Velvet Turnshoe a year later when Hildegard crossed the Alps. She was back home in York for The Law of Angels, and the following year off down to Westminster with Alexander Neville's cavalcade to see King Richard open parliament.