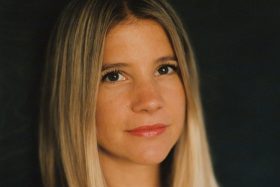 Charlotte Philby is a London-based author, journalist and broadcaster.

My debut novel The Most Difficult Thing is published by HarperCollins’ Borough Press. It was selected as the editor’s pick on Radio 4’s Open Book, and tipped as the debut novel to watch out for in the Observer’s New Voices feature 2019.