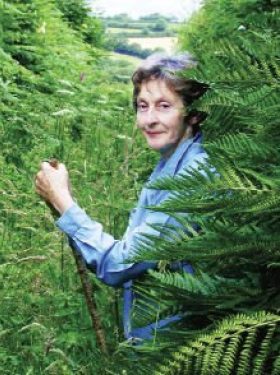 Born in London in 1939, Charmian Hussey's early years were shaped by the events of the war.

She began her career modelling clothes for top couture and fashion houses. Later she studied at the University of London, Institute of Archaeology. She worked on excavations in England and the Middle East.

A senior member of St Hugh's College, Oxford, her doctoral thesis was based on her work on Turkish pottery. On her return in 1965 from two years spent in Turkey, she imported an ancient breed of dogs, registering them with The Kennel Club and, in so doing, introducing them internationally. She is patron of the Anatolian Karabash Dog Club.

Her many interests and concerns include: wildlife and environmental issues; the plight of tribal peoples worldwide; the education of our young.

She has a special love for Cornwall, where she lives and farms with her husband John.