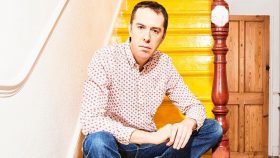 Chris Atkins is a British journalist and documentary film maker. He has made several fiction feature films, feature length documentaries and television documentaries.

His work is noted for causing controversy and has faced legal action as a result of his films.

He gave evidence to the Leveson Inquiry into the ethics of the British press. In 2016, he was sentenced to five years in prison for two counts of conspiracy to cheat the public revenue, theft and fraud. He published a book about his time in jail entitled A Bit of a Stretch.