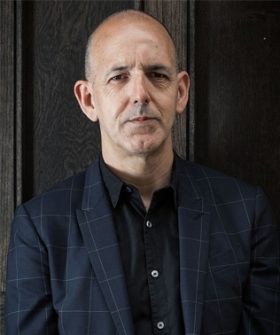 Chris Priestley decided at the age of nine that the thing he most wanted was to write and illustrate his own book.

Throughout his career he has exhibited as a painter and provided illustrations for theatre posters, books and TV, as well as cartoons for newspapers including The Times and the Observer, but in 2000 Dog Magic!, the first book he had both written and illustrated, was nominated for the Children's Book Award.

He has since written many more titles for children, including the wonderfully eerie Tales of Terror series which has been published in many languages around the world and his individual and imaginative reinventions of classics such as Frankenstein (Mister Creecher), The Rime of the Ancient Mariner (The Dead Men Stood Together) and A Christmas Carol (The Last of the Spirits) for a younger audience.

His work also includes the comic Maudlin Towers series and the YA titles Everything That Isn't This and Superpowerless (both Hot Key) the latter reflecting a lifelong love of comics.

Described by the Times as a 'modern master of suspense' and 'the master of contemporary macabre' by the Independent, Chris Priestley lives with his family in Cambridge.