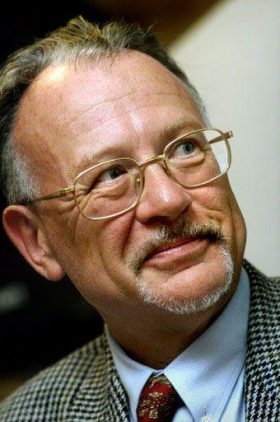 Christian Jacq is a French author and Egyptologist. He has written several novels about ancient Egypt, notably a five book series about Pharaoh Ramses II, a character whom Jacq admires greatly.

Jacq's interest in Egyptology began when he was thirteen, when he read History of Ancient Egyptian Civilization by Jacques Pirenne. This inspired him to write his first novel. By the time he was eighteen, he had written eight books. His first commercially successful book was Champollion the Egyptian, published in 1987. As of 2004, he has written over fifty books, including several non-fiction books on the subject of Egyptology.

Jacq has a doctorate in Egyptian Studies from the Sorbonne. He and his wife later founded the Ramses Institute, which is dedicated to creating a photographic description of Egypt for the preservation of endangered archaeological sites.

Between 1995 and 1997, he published his best-selling five book suite Ramsès, which is today published in over twenty-five countries. Each volume encompasses one aspect of Ramses's known historical life, woven into a fictional tapestry of the ancient world for an epic tale of love, life and deceit.