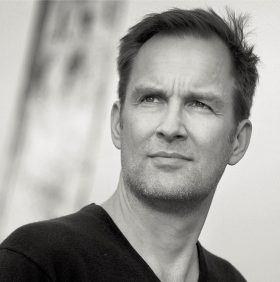 Christian Jungersen is a Danish novelist whose works have been translated into 18 languages. He has published three novels in Danish – Krat (1999), Undtagelsen (2004, published as The Exception in 2006), and Du Forsvinder (2012, scheduled to be published as You Disappear in 2014).

The novel was on the bestseller list for a year and a half in Denmark, where it won the P2 Novel Prize and De Gyldne Laurbær ("The Golden Laurels"). In 2009, readers of Denmark's largest newspaper, Jyllands-Posten, voted The Exception the second best Danish novel of the past 25 years, and in 2010 it won another readers' poll of the best Danish novel of the preceding decade.

The Exception has been published in 18 countries, and has also been adapted for Radio 4. It was nominated for the International Dublin Literary Award, as well as being shortlisted for the Duncan Lawrie Dagger in the United Kingdom, the Grand Prix des Lectrices de Elle in France, and the Martin Beck Award in Sweden. In the US, both The New York Times and Amazon designated the novel as an editor's choice.