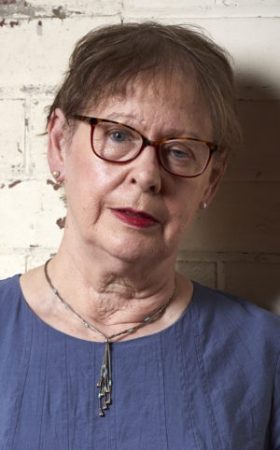 Before Christine Poulson turned to crime, she was a respectable academic with a PhD in History of Art and had written widely on nineteenth-century art and literature. Her book, The Quest for the Grail: Arthurian Legend in British Art 1840-1920 (Manchester University Press, 1999) was short-listed for a Mythopoeic Award for non-fiction. During her career as an art historian, she worked at Birmingham Museum and Art Gallery and at the William Morris Society at Kelmscott House, London. Later she was a lecturer in Art History at a college in Cambridge.

Deep Water, published by Lion Hudson in 2016, is the first in a series set in Ely and the biotech industry, features scientist, Katie Flanagan, and patent lawyer, Daniel Marchmont. Cold, Cold Heart was the second in the series and the third, An Air That Kills.