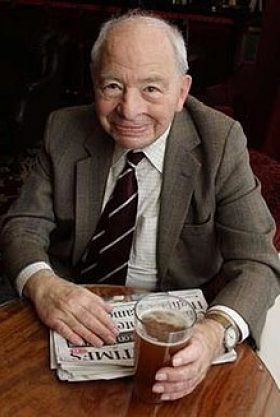 Colin Dexter was an English crime writer known for his Inspector Morse series of novels, which were written between 1975 and 1999 and adapted as an ITV television series, Inspector Morse, from 1987 to 2000. His characters have spawned a sequel series, Lewis, and a prequel series, Endeavour.

Dexter received several Crime Writers' Association awards: two Silver Daggers for Service of All the Dead in 1979 and The Dead of Jericho in 1981; two Gold Daggers for The Wench is Dead in 1989 and The Way Through the Woods in 1992; and a Cartier Diamond Dagger for lifetime achievement in 1997. In 1996, Dexter received a Macavity Award for his short story "Evans Tries and O'Level". In 1980, he was elected a member of the by-invitation-only Detection Club. In 2005, Dexter became a Fellow by Special Election of St Cross College, Oxford.

In 2000, Dexter was appointed an Officer of the Order of the British Empire for services to literature. In 2001, he was awarded the Freedom of the City of Oxford. In September 2011, the University of Lincoln awarded Dexter an honorary Doctor of Letters degree.

On 21 March 2017 Dexter's publisher, Macmillan, said in a statement "With immense sadness, Macmillan announces the death of Colin Dexter who died peacefully at his home in Oxford this morning