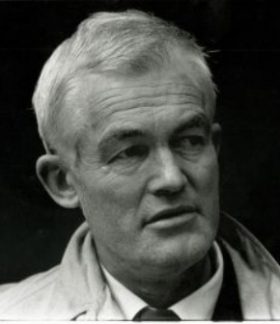 Colin Machines was an English novelist and journalist.

MacInnes served in the British Intelligence Corps during the Second World War, and worked in occupied Germany after the European armistice. These experiences resulted in the writing of his first novel, The the Victors the Spoils. Soon after his return to England, he worked for BBC Radio until he could earn a living from his writing