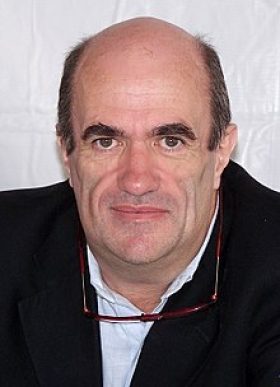 Tóibín's work explores several main lines: the depiction of Irish society, living abroad, the process of creativity, and the preservation of a personal identity, focusing especially on homosexual identities, but also on identity when confronted with loss. The "Wexford" novels, The Heather Blazing and The Blackwater Lightship, use Enniscorthy, the town of Tóibín's birth, as narrative material, together with the history of Ireland and the death of his father. An autobiographical account and reflection on this episode can be found in the non-fiction book, The Sign of the Cross. In 2009, he published Brooklyn, a tale of a woman emigrating to Brooklyn from Enniscorthy.