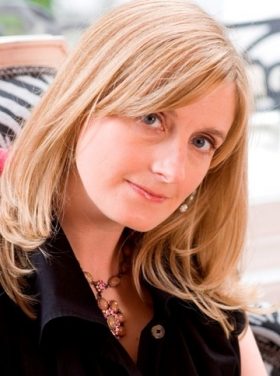 Cressida Cowell grew up mostly in Central London. She has a BA in English Literature from Oxford, a BA in Graphic Design from St Martin’s and an MA in Narrative Illustration from Brighton.

Cressida wrote and illustrated her first picture book, Little Bo Peep’s Library Book for Hodder Children’s Books. This was followed by various picture books including Hiccup: The Viking Who Was Seasick, published in 2000. Hiccup returned in Cressida’s first novel for eight to twelve year olds, How To Train Your Dragon, published to popular and critical acclaim in 2003. Film rights were bought by Dreamworks Animation and the film was released in 2010. A sequel followed and a third film was released in 2018.

How To Train Your Dragon and its sequels have now been published in multiple languages and the final novel in the series, How to Fight a Dragon’s Fury, was published September 2015.