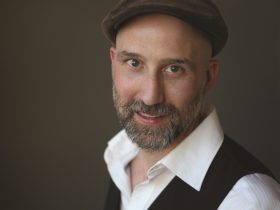 Dan Vyleta is the son of Czech refugees who emigrated to Germany in the late 1960s.

After growing up in Germany, he left to attend university in the UK where he completed a PhD in History at King's College, Cambridge. His debut novel, Pavel & I, gathered immediate international acclaim and was translated into eight languages. His second novel, The Quiet Twin, was shortlisted for the Rogers Writers' Trust Fiction Prize, and his third, The Crooked Maid, was a finalist for the Scotiabank Giller Prize and won the J.I Segal Award.

He lives in Stratford-upon-Avon.