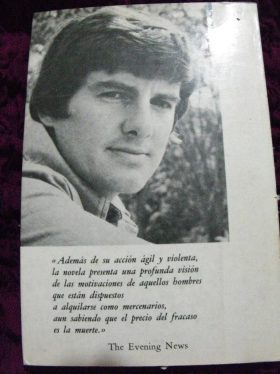 The son of a British diplomat, Daniel Carney grew up in the Far East and was educated in England.

He traveled extensively throughout the world before settling in Rhodesia (Zimbabwe) in 1963 where he joined the British South African Police. After three and a half years of service, he resigned to take up a career in writing.