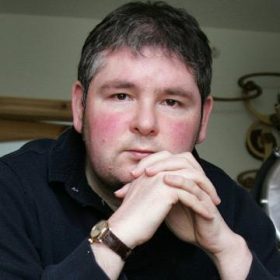 Although he is Irish, Darren Shan was in fact born in London. His family moved back to Ireland when Darren was 6 years old. Darren started writing when he was 14 and had his first taste of literary success when he was 15 winning a TV script-writing competition for RTÉ in Ireland.

He continued writing adult fiction while he attended university studying Sociology and English at Roehampton University, London. He then worked for a TV company in Limerick, Ireland before becoming a full-time novelist at the age of 23.