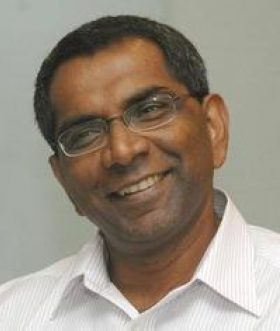 David Davidar is an author and publisher.

He was educated at Madras (now Chennai) and Harvard University (where he obtained a diploma in publishing). In 1985, while still in his mid-twenties, he became one of the founding members of Penguin in India, where he edited or published authors like Kiran Desai, Arundhati Roy, Vikram Seth, Vikram Chandra, Rohinton Mistry, and Salman Rushdie.