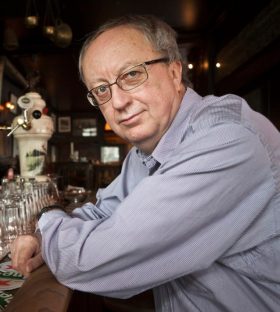 David Hewson is a contemporary British author of mystery novels.

His series of mysteries, featuring police officers in Rome, led by the young detective and art lover Nic Costa, began with A Season for the Dead, has now been contracted to run to at least nine instalments by British, American, European and Asian publishers. The author's debut novel, Shanghai Thunder, was published by Robert Hale, in the United Kingdom, in 1986.