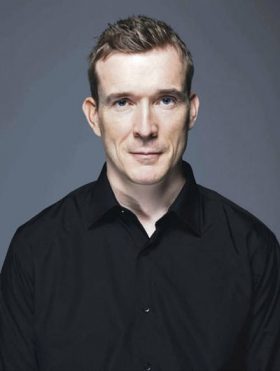 David Mitchell is widely renowned as one of the greatest British novelists of his generation, garnering comparisons to Tolstoy, Twain, DeLillo and Pynchon, among others.

He has won the Geoffrey Faber Memorial Prize, the South Bank Show Literature Prize, and the Richard and Judy Best Read of the Year Prize. He has also been nominated for the Guardian First Book Award, the Booker Prize, the James Tait Black Memorial Prize, the Commonwealth Writer's Prize, and the Costa Book Award. He has also written the libretto for the opera Wake, which debuted at the Nationale Reisopera in 2010 to great acclaim.

His novel Cloud Atlas has been adapted into a film by Tom Twyker, Andy Wachowski and Lana Wachowski. David's highly anticipated eighth novel Utopia Avenue was published in 2020.