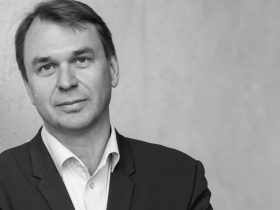 Dirk Kurbjuweit is deputy editor-in-chief at Der Spiegel, where he has worked since 1999, and divides his time between Berlin and Hamburg. He has received numerous awards for his writing, including the Egon Erwin Kisch Prize for journalism, and is the author of seven critically acclaimed novels, many of which, including Fear, have been adapted for film, television and radio in Germany.

Fear is the first of his works to be translated into English.