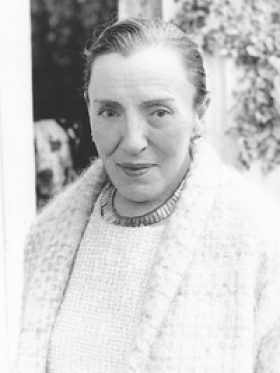 Dodie Smith was an English children's novelist and playwright, known best for the novel The Hundred and One Dalmatians.

Other works include I Capture the Castle and The Starlight Barking. The Hundred and One Dalmatians was adapted into a 1961 animated film and a 1996 live-action film, both produced by Disney.