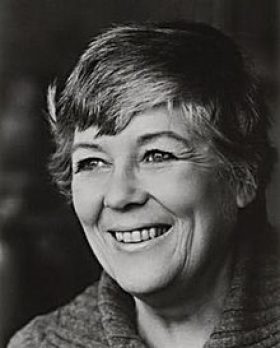 Lady Dorothy Dunnett was a Scottish historical novelist. She is best known for her six-part series about Francis Crawford of Lymond, The Lymond Chronicles, which she followed with the eight-part prequel The House of Niccolò.

She also wrote a novel about the historical Macbeth called King Hereafter (1982), and a series of mystery novels centred on Johnson Johnson, a portrait painter and spy.