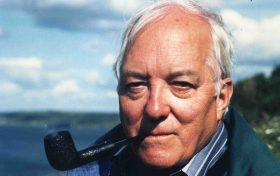 Douglas Reeman, who also used the pseudonym Alexandr Kent, was a British author who wrote many historical novels about the Royal Navy, mainly set during either World War II or the Napoleonic Wars. He wrote a total of 68 novels, selling 34 million copies in twenty languages.

Redman's debut novel, A Prayer for the Ship, was published in 1958. Reeman is most famous for his series of Napoleonic naval stories, whose central character is Richard Bolitho, and, later, his nephew, Adam Bolitho. Reeman also wrote a series of novels about several generations of the fictional Blackwood family who served in the Royal Marines from the 1850s to the 1970s, and a non-fiction account of his own Second World War experiences, D-Day: A Personal Reminiscence