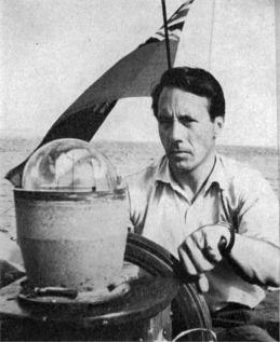 Dudley Pope was a British writer of both nautical fiction and history, most notable for his Lord Ramage series of historical novels. Greatly inspired by C.S. Forester, Pope was one of the most successful authors to explore the genre of nautical fiction, often compared to Patrick O'Brian.

His first book, Flag 4, was published in 1954, followed by several other historical accounts. C.S. Forester, the creator of the famed Horatio Hornblower novels, encouraged Pope to add fiction to his repertoire. In 1965, Ramage appeared, the first of what was to become an 18-novel series.