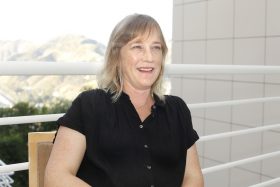 Edan Lepucki is an American novelist notable for her debut novel, California, which rose to prominence as a result of a public dispute between comedian Stephen Colbert and online publisher Amazon, which arose when Colbert urged his viewers on two successive nights of his talk show to pre-order copies of the novel from his own publisher, the Hachette Book Group.

The novel was subsequently reviewed by national newspapers including the Boston Globe, Washington Post, the New York Times, the Los Angeles Times and others.

The New York Times suggested Lepucki had, in effect, "won the literary Lotto".