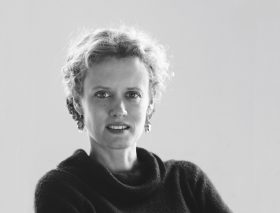 Elanor Dymott’s debut novel, Every Contact Leaves A Trace, was longlisted for the 2013 Authors' Club Best First Novel Award. pocket-paradise was published by Jonathan Cape in 2016. Her short fiction has been published in literary magazines, and anthologised by Penguin (USA) in XO, Orpheus, and she also writes for newspapers and magazines.

Elanor was born in Zambia, and grew up in the USA, South East Asia and England. Before becoming a writer, she worked as a commercial lawyer in the City of London and in South East Asia. She now lives in London, where for ten years she was a reporter for the Incorporated Council of Law Reporting for England and Wales and wrote the Times Law Reports. As well as giving writing classes and seminars at literary festivals, schools and colleges (including the Oxford University Kellogg College Centre for Creative Writing), she mentors first-time novelists one-to-one.