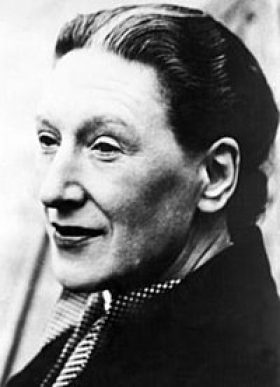 Elizabeth Bowen was an Irish-British novelist and short story writer, notable for her fiction about life in wartime London.

Bowen and her husband first lived near Oxford, where they socialised with Maurice Bowra, John Buchan and Susan Buchan, and where she wrote her early novels, including The Last September. In 1937, she became a member of the Irish Academy of Letters.

Her final novel, Eva Trout, or Changing Scenes (1968), won the James Tait Black Memorial Prize in 1969 and was shortlisted for the Man Booker Prize in 1970. Subsequently, she was a judge (alongside her friend Cyril Connolly) that awarded the 1972 Man Booker Prize to John Berger for G.