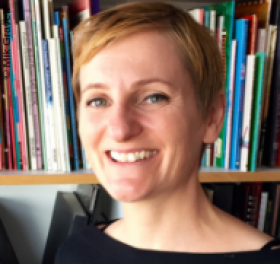 Emily Gravett is an English author and illustrator of children's picture books.

For 2008 Gravett was official illustrator for World Book Day (UK) - an honour with duties such as specially commissioned illustrations and recorded demonstration of characters from her books.