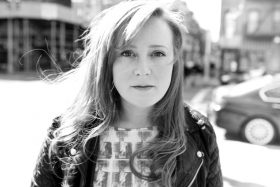 Emma Jane Unsworth is an award-winning novelist and screenwriter. Her latest novel, ADULTS, a comedy about a thirty-something woman whose life is falling apart, is published by The Borough Press and has been described as a "witty" and "virtuoso" satire by The Guardian and "sharp and funny" by The Times. Her previous novel, ANIMALS, was adapted into a film, for which Unsworth wrote the screenplay. The film premiered at Sundance Film Festival 2019 and Unsworth won the award for Best Debut Screenwriter at the British Independent Film Awards 2019. She also writes for television and various magazines. She is currently adapting ADULTS for television.