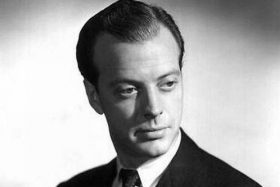 Eric Ambler was an influential English author of thrillers, in particular spy novels, who introduced a new realism to the genre. He also worked as a screenwriter. Ambler used the pseudonym Eliot Reed for books co-written with Charles Rodda.

Ambler's best known works are probably The Mask of Dimitrios (published in the US under the title A Coffin for Dimitrios), which was made into a film in 1944, and The Light of Day, filmed in 1964 as Topaki. He was also a successful screenwriter and lived in Los Angeles in his later years. Amongst other classic movies based on his work are Journey into Fear starring Joseph Cotten, and an original screenplay, The October Man. He wrote the screenplay for A Night to Remember about the sinking of the Titanic, along with many other screenplays, particularly those concerning stories and adventures at sea. He published his autobiography in 1985, Here Lies Eric Ambler.

His post-war anti-Communist novel Judgment on Deltchev, based on the Stalinist purge-trials in Eastern Europe, caused him to be reviled by many former Communist Party and other progressive associates.