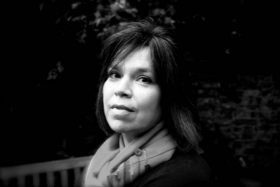 Francesca Kay grew up in Southeast Asia and India, and has subsequently lived in Jamaica, the United States, Germany and now lives in Oxford. Her first novel, An Equal Stillness, was published in 2009 and was read on Radio 4's 'Book at Bedtime'. In June 2009 it won the Orange Award for New Writers.

In 2011 Francesca's second novel, The Translation of the Bones, was longlisted for the 2012 Bailey's Women's Prize for Fiction. Her new novel, The Long Room, was published by Faber in January 2016.