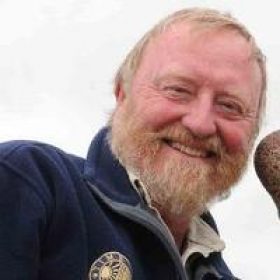 Francis Manning Marlborough Pryor MBE is a British archaeologist who is famous for his role in the discovery of Flag Fen, a Bronze Age archaeological site near Peterborough, and for his frequent appearances on the Channel 4 television series Time Team.

He has now retired from full-time field archaeology, but still appears on television and writes books as well as being a working farmer. His specialities are in the Bronze and Iron Ages.