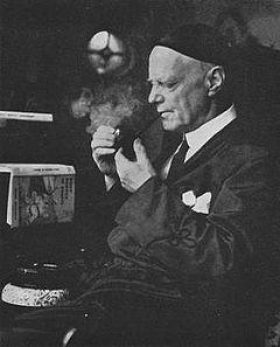 Frank Richards was a pseudonym for Charles Hamilton, who was an English writer, specialising in writing long-running series of stories for weekly magazines about recurrent casts of characters, his most frequent and famous genre being boys' public school stories, for example, the Greyfriars School stories (featuring Billy Bunter) though he also dealt with other genres.

He is estimated to have written about 100 million words in his lifetime and has featured in the Guinness Books of Records as the world's most prolific author.

Vast amounts of his output are available on the Friardale website.