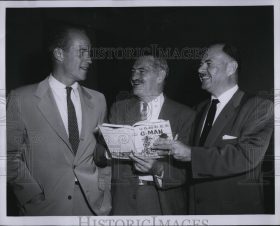 After leaving government service in 1960, Ayer practiced law in Washington D.C. with the firm of Ford, Ayer, Horan, and Lester. He also dedicated much of his time to writing. His books included Before the Colour Fades: Portrait of a Soldier about his uncle George S. Patton, The Man in the Mirror: A Novel of Espionage, Yankee G-Men, and Walter, the Improbable Hound.

He also write articles for Massachusetts newspapers, including The Boston Globe on a number of subjects, chiefly European affairs. Ayer died of a heart attack on January 4, 1974 while on holiday in Tucker's Town, Bermuda.