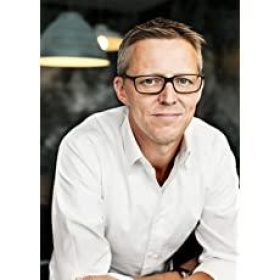 Fredrik T Olson is an author, and screenwriter for film and television, working in genres from sitcom to thriller and with exports such as Johan Falk, Jordskott and the television series about Maria Wern below his belt.

He also moonlights as a director and a standup comedian.

Fredrik T Olsson’s first novel Chain of Events was published in 2014, and has sold to over 25 countries, including film rights to a US production company. He has since published his second novel, Acts of Vanishing, and is in the process of writing a third. He lives in Stockholm, dividing his time between writing screenplays and books.