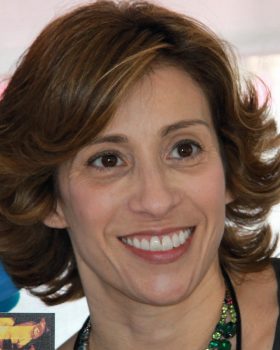 Kami Garcia is an American writer.

She is the co-author, along with her friend Margaret Stohl of the Caster Chronicles book series, starting with Beautiful Creatures. The series, currently consisting of four books and a novella is generally classified as a contemporary young adult fantasy novel, with particular interest for teens. It is set in the fictional small town of Gatlin, South Carolina in the Southern United States, and deals with a group of townspeople, friends, witches (called "Casters" in the books), and numerous other magical creatures.

The first book, Beautiful Creatures reached International Bestseller Status and is on The New York Times Best Seller List. It has been published in 50 countries and translated into 39 languages. It was made into the 2013 film Beautiful Creatures.