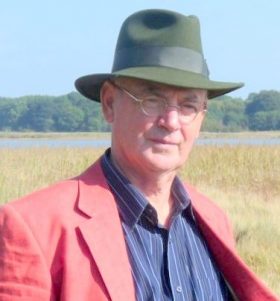 Kilworth is a graduate of King's College London. He has published one hundred thirty short stories and over seventy novels. His most recent books are Dragoons, a historical war novel set in South Africa, and Attica, a dark quest set in an attic the size of a continent which is currently under production with Johnny Depp's film company, Adfinitum Nihil. In 2013, Kilworth published a new collection of stories under the title The Fabulous Beast.

Kilworth has twice been shortlisted for the Carnegie Medal for children's fiction and won the Lancashire Children's Book of the Year Award for his short novel The Electric Kid. Kilworth's novel Rogue Officer won the 2008 Charles Whiting Award for Historical War Literature. The Ragthorn, a novella co-authored with Robert Holdstock, won the Fantasy Award in 1992.