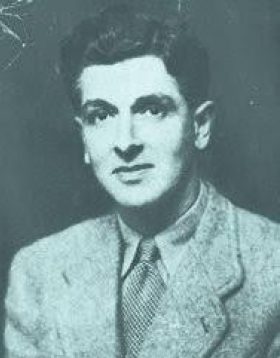 Gavin Black was a Scottish writer and pseudonym of Oswald Wynd. He is best known for his novel, The Ginger Tree, which was adapted into a BBC televised mini-series in 1989.

With the advent of World War II he joined the Scots Guards but due to his language ability (Black was born and raised in Japan) was commissioned into the Intelligence Corps and sent to Malaya.

Eventually he was captured and spent more than three years as a prisoner of war in Hokkaido, Japan, during which time he was mentioned in dispatches for his work as an interpreter for prisoners.

During his last year as a prisoner of war, Wynd began writing a novel entitled Black Fountains. In 1947, the book, which details the experiences and impressions of a young American-educated Japanese girl recently returned to Japan as WWII unfolds, collected the first-novel Doubleday Prize and its $20,000 monetary award.

Returning to Scotland after the War, he produced a steady stream of books, including the much admired The Ginger Tree and a series of highly successful thrillers under the pseudonym of 'Gavin Black'.