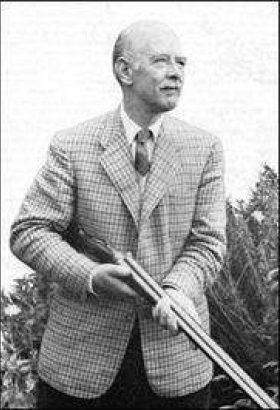 Geoffrey Household was a prolific British novelist who specialised in thrillers. He is best known for his novel Rogue Male.

He served in British Intelligence during World War II in Romania, Greece and the Middle East. After the War he lived the life of a country gentleman and wrote. In his later years, he lived in Charlton, near Banbury, Oxfordshire, and died in Wardington.

Many of his stories have scenes set in caves, and there is a science-fiction or supernatural element in some, although this is restrained. The typical Household hero was a strong, capable Englishman with a high sense of honour which bound him to a certain course of action. Indiana University holds a collection of Household's manuscripts and correspondence.