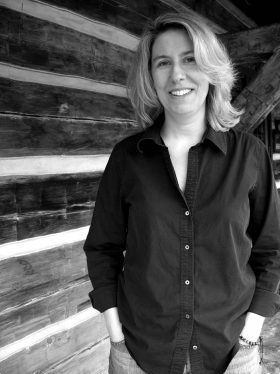 Gil Adamson is a Canadian writer. She won the Books in Canada First Novel Award in 2008 for her 2007 novel The Outlander.

Adamson's first published work was Primitive, a volume of poetry, in 1991. She followed up with the short story collection Help Me, Jacques Cousteau in 1995 and a second volume of poetry, Ashland, in 2003, as well as multiple chapbooks and a commissioned fan biography of Gillian Anderson, Mulder, It's Me, which she coauthored with her sister-in-law Dawn Connolly in 1998.

The Outlander, a novel set in the Canadian West, at the turn of the 20th century, was published by House of Anansi in the spring of 2007 and won the Hammett Prize that year. The novel was later selected for the 2009 edition of Canada Reads.

Her most recent novel, Ridgerunner, was published in May 2020. Adams lives in Toronto with poet Kevin Connolly.