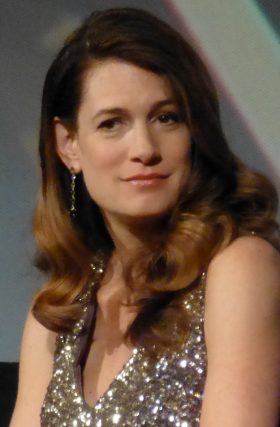 Gillian Flynn born February 24, 1971) is an American writer. Flynn has published three novels, Sharp Objects, Dark Places and Gone Girl, all three of which have been adapted for film or television. Flynn wrote the adaptations for the 2014 Gone Girl film and the HBO limited series Sharp Objects. She was formerly a television critic for Entertainment Weekly.

After graduating from Northwestern, Flynn worked freelance briefly at US News & World Report before being hired as a feature writer in 1998 at Entertainment Weekly. She was promoted to television critic and wrote about films. When Flynn was working for Entertainment Weekly, she was also writing novels during her free time.

For her Gone Girl screenplay, Flynn was nominated for the Golden Globe, Writers Guild of America Award and BAFTA Award for Best Screenplay.