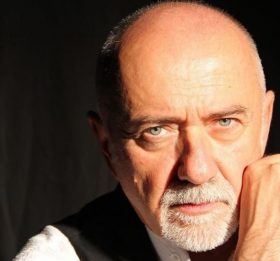 Giorgio Faletti was an Italian writer, actor, comedian and singer-songwriter. Born in Asti, Piedmont, he lived on Elba Island. His books have been translated into 25 languages and published with great success in Europe, South America, China, Japan, Russia and United States.

Faletti's debut as an author was the 1994 humorous book Porco il mondo che ciò sotto i piedi!, published by Baldini & Castoldi, which recounts the exploits of his most famous character, Vito Catozzo, whom he had launched in Drive In.

In 2002, Faletti surprised critics and audience with his first thriller novel, I Kill (Io uccido), which sold more than four million copies.

He received the America Award in memory, from the Italy-USA Foundation in 2019.