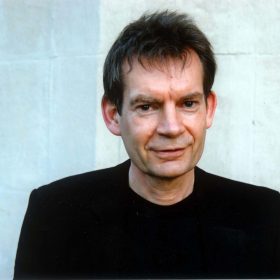 Graham Swift is an English writer. Born in London, England, he was educated at Dulwich College, London, Queen's College, Cambridge, and later the University of York.

Some of Swift's books have been filmed, including Waterland, Shuttlecock and Last Orders. His novel Last Orders was joint-winner of the 1996 James Tait Black Memorial Prize for fiction and a mildly controversial winner of the 1996 Booker Prize, owing to the similarities in plot to William Faulkner's As I Lay Dying.