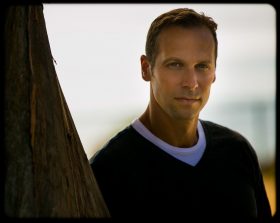 Gregg Hurwitz is an American novelist, script writer and producer. Most of his novels are in the thriller fiction genre.

His script writing work includes a film adaptation of his book Orphan X, a TV adaptation of Joby Warrick's Black Flags: The Rise of ISIS, and a screenplay for the 2017 film The Book of Henry.

He also has written comic books for comic book publishers like DC Comics and Marvel Comics.