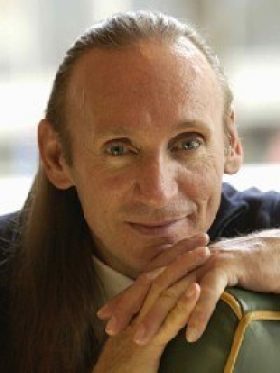 Gregory David Roberts is a novelist, songwriter and artist. He’s best known for his critically acclaimed best-selling novel Shantaram, which has sold over 6 million copies and been hailed as “a masterpiece” by critics across the globe. Shantaram is translated into 41 languages and is sold in over 116 countries.

He is a former heroin addict and convicted bank robber who escaped from Pentridge Prison in 1980 and fled to India, where he lived for ten years.

Currently, a TV series based on Shantaram and its sequel The Mountain Shadow, is in production by Apple TV +, Paramount TV and Anonymous Content.

As an ethics consultant and semantic philosopher, GDR is a highly sought-after speaker.