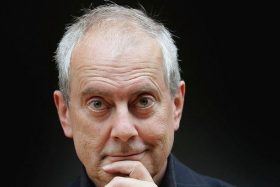 In September 2004, Brandreth's book on the marriage of the Queen and the Duke of Edinburgh, Philip and Elizabeth: Portrait of a Marriage was published. In July 2005, he published a second book on the Royal Family, entitled Charles and Camilla: Portrait of a Love Affair, which concerns the three-decade love affair between Charles, Prince of Wales and Camilla, Duchess of Cornwall.

Brandreth has written a series of seven works of historical fiction called The Oscar Wilde Murder Mysteries, in which Oscar Wilde works with both Robert Shepard and Arthur Conan Doyle.