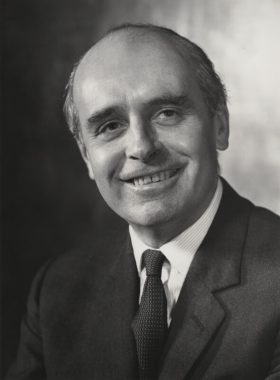 Ralph Hammond Innes CBE was a British novelist who wrote over 30 novels, as well as children's and travel books.

The Doppelganger, his first novel, was published in 1937. In WW2, he served in the Royal Artillery, eventually rising to the rank of Major. During the war, a number of his books were published, including Wreckers Must Breathe, The Trojan Horse and Attack Alarm, the last of which was based on his experiences as an anti-aircraft gunner during the Battle of Britain at RAF Kenley.

After being demobilized in 1946, he worked full-time as a writer, achieving a number of early successes. His novels are notable for a fine attention to accurate detail in descriptions of places, such as in Air Bridge, set partially at RAF Gatow, RAF Membury after its closure and RAF Wunstorf during the Berlin Airlift.