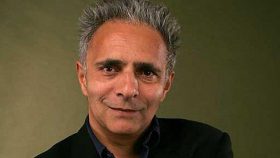 Hanif Kureishi is a British playwright, screenwriter, filmmaker and novelist of Pakistani and English descent. In 2008, The Times included Kureishi in its list of The 50 greatest British writers since 1945.

He wrote My Beautiful Laundrette in 1985, a screenplay about a gay Pakistani-British boy growing up in 1980s London for a film directed by Stephen Frears. Among his many other works, a novel titled Something to Tell You was published in 2008. His 1995 novel The Black Album, adapted for the theatre, was performed at the National Theatre in July and August 2009. In May 2011, he was awarded the second Asia House Literature Award on the closing night of the Asia House Literary Festival where he discussed his Collected Essays.